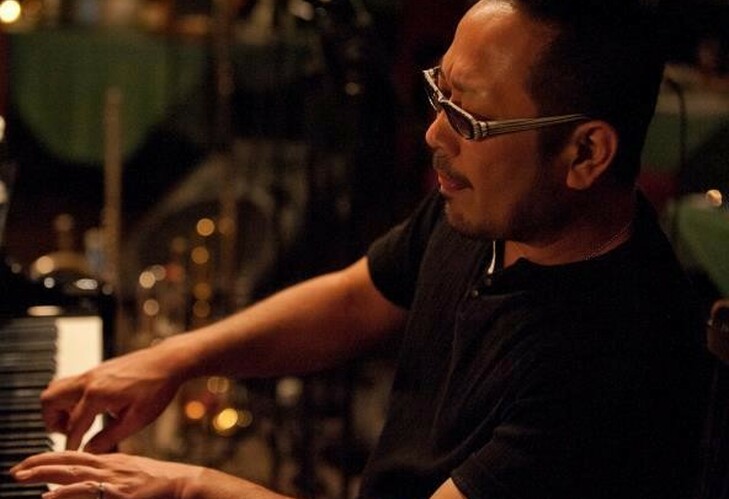 In 1988, during his junior year at Osaka University of Arts,

Osamu Sam Soda was invited as a scholarship student to participate

composition and arrangement with Mr.Usef Latief, and ensemble performance

In 1990, after completing his Bachelor of Fine Arts Degree from

to start his musical career as a pianist. Filled with energy and enthusiasm,

In 1994, he graduated with a Master of Music Degree in Piano Performance.

From 1991-94, Soda won numerous prizes such as the Grace Welch Prize for

In 1995, he co-produced and released a CD album titled "Fire Horns” featuring

Bill McFarland and the Chicago Horns. Soda composed two tunes for the album

including the title cut “Fire Horns” and MAHO’S Dream.

in numerous cities throughout the U.S.

Then in 1998, he relocated back to his native Japan where he continues to

broadly develop his energetic performance and career. He performs and works in

a variety of genres such as; jazz, classical and oriental folk music including music

Then, Soda has extended his talent as a musical director for numerous recordings to present.